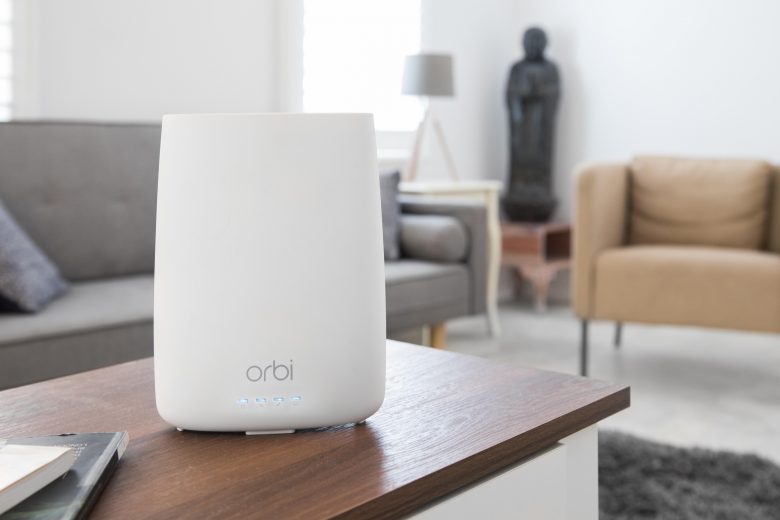 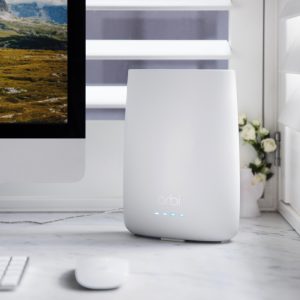 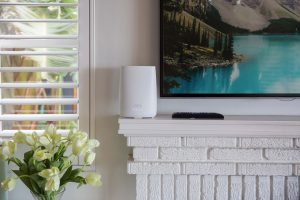 The Netgear Orbi High-Performance AC3000 currently offers the widest coverage out of all the mesh routers on the market.

Netgear has long since established itself as a big name in Mesh devices and the AC3000 has really impressed me, but I have to say that it wouldn’t be a good fit for me, personally.

When I first picked up the system (a three-pack), I found myself wondering how to position the satellites. The primary router is pretty much enough to cover my 700 square foot apartment. So, with three, I was testing to see how far I could go down the hallway without losing signal. Turns out I can make it as far as the elevator.

So really, this solution is not for me, especially because the throughput speeds were not great in my environment. The speed test I conducted really disappointed me, as I was only getting speeds around 420Mbps. My go-to router for speed, the Samsung Connect Home AC1300, reaches speeds up to 1733Mbps at 5 GHz and 800 Mbps at 2.4 GHz

So, I decided to give the Orbi to my parents, who live in a 4000 square foot home. They have a big yard and live in the suburbs and speed isn’t really an issue for them. I spent a day there to test the router out an found that I had really undersold this router in my initial assessment. I could be at any point on my parents’ property and was getting signal – at great speeds. The router was getting 400Mbps on the 2.4GHz band, but was also getting over 800Mbps on the 5GHz band when on my parent’s property, which has less obstacles, such as walls and other Wi-Fi interference.

The hardware on the Orbi is actually really impressive and it comes equipped with MU-MIMO simultaneous data streaming and a number of customizable features. It’s a tri-band system with six internal antennas and can deliver throughputs speeds of 1,266Mbps – in theory. You will never achieve quoted throughput speeds when you test, but getting a decent speed at the ranges at which I was testing (about 110ft away) is commendable. And, beyond that, my parents have only been positive in their feedback to date.

Bottom line, if you live in a large home and want to browse the Internet at reasonable speeds across the board, the Netgear Orbi AC3000 is the router for you, but you’re better off looking elsewhere if you are living on a smaller property and ultra-high speed is a priority. 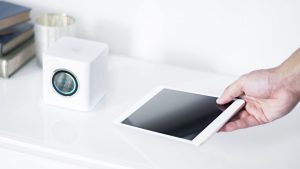 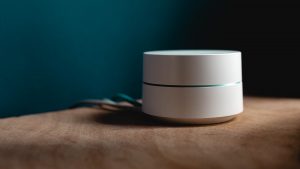 Google Wi-Fi: A Mesh router simplified, but too slow?