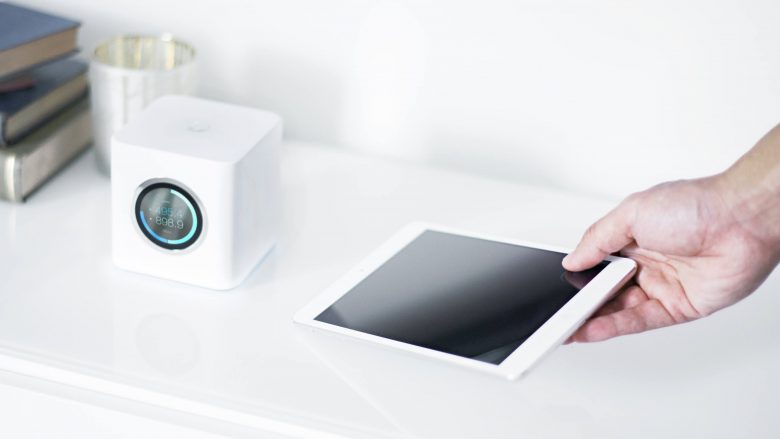 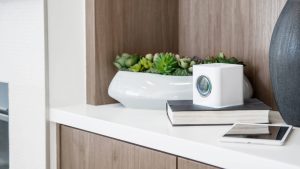 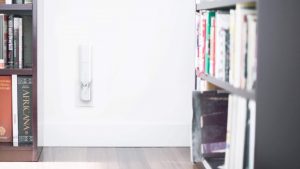 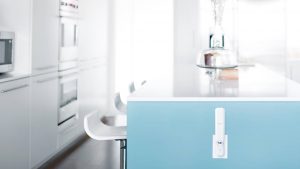 So the title of today’s review is probably going to mislead you into thinking the AmpliFi mesh router is a bad product – but I promise it isn’t. It’s just, quite easily the best looking Wi-Fi router I’ve ever seen.

Now, typically, when I unbox my router, I just plug it into an ethernet cable, configure it and leave it in my office never to be seen again. I just look to see how it performs and the router itself is pretty much irrelevant to my online experience. It’s the specs that matter. Yet, with the AmpliFi router, I find myself trying to decide where in my living room I’m going to put it, because the design is unbelievable – the touch screen, the box, even the additional units are all just amazing. In fact, on AmpliFi’s website, they even say that their focus is on both form and function.

“AmpliFi’s uncompromising industrial design is meant to complement your home. Show it off proudly; your router is no longer something to hide.”

You’re probably reading this and thinking I’m just another Apple user that’s more concerned with UX and design than specs (which, admittedly, is true), but hear me out on this:

When it comes to Mesh routers, where you plug your device in plays a major role in your coverage and where you place additional units in your home. For this reason, pretty much all the mesh routers on the market at the moment are really nicely designed, from Google Wi-Fi to Eero to Netgear Orbi. AmpliFi takes it to a whole new level though.

The Smart LED screen is not only really great to look at either, it comes with a lot of functions, from a digital clock, to a display of your signal strength and bandwidth usage to an interactive menu that allows you to play with configuration settings. Above this, the additional mesh points plug directly into a power outlet (and don’t need to be placed on a table or anything, taking up less space), with LED lights displaying the signal strength and they are attached to the plug point magnetically, which means they can pivot and if something knocks them off they don’t break. In essence, the design is just incredible – in both form and function. But for the tech junkies, I still think you’ll be impressed by what’s actually under this all.

The system (a router and two mesh points) comes with six radios, 18 MIMO chains and covers a maximum of 20 000 square feet (yes, you read that right, twenty thousand!) – but that doesn’t really factor variables into the equation, such as walls. However, it did manage to fully cover my house, which is about 2600 square feet. It’s the first system I’ve found that does so. As for speed, the router on its own is a bit slower than the Google Wi-Fi router and clocks in at about 400 Mbps on my 1 Gbps line (Google Wi-Fi’s router hits about 500 Mbps), but as a system, AmpliFi runs incredibly quickly compared to the competition, running at about 900Mbps anywhere in the house on my line, while Google Wi-Fi falls into the range of about 700 Mbps.

So, when I look into what I want from a Mesh router, speed, range and design are three of the five things I look at. The fourth is the app. AmpliFi’s app is really simple like Google’s, but also has more to do in the form of advanced settings, which will really only matter to the tech savvy users, but is still cool to have. You can also operate the app and do things remotely if you link your Facebook profile to the app, which is another cool feature. Other than that, network setup, family sharing, device monitoring and other typical app services are there.

Now the final, and most important, factor is price.

At $349, the AmpliFi (HD 3-pack) falls somewhere in the middle of the pack when it comes to Mesh Routers. It’s more expensive than Google Wi-Fi ($299) but less than the Eero three-pack ($399). It’s about the same as a Netgear Orbi (depending on where you buy and the Linksys Velop. In my opinion, the price is certainly worth it.

So, in summary, this product is about the design. That is it’s big selling point. But beyond that, it’s performance certainly outstrips Google Wifi at least – with very good range and it runs at great speeds. It’s app is easy to use, it’s simple to set up and it isn’t cheap, but also not too expensive. Personally, I think that this is the best router on the market, but let’s give it some time… that could change. 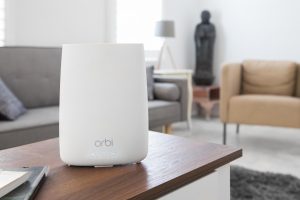